Anjelah Johnson-Reyes was born and raised in San Jose, California and is of Mexican and Native American descent. She is one of five children and has a large extended family to which she remains close. In the beginning of her career, Johnson- Reyes was a professional cheerleader for the Oakland Raiders. As an Oakland Raiderette, she was named Rookie of the Year and even performed in Super Bowl XXXVII. After that year she decided to move to Los Angeles to pursue her dream of acting.

She became an internet sensation with her viral video, “Nail Salon” which led to many stand up, television and film opportunities. That same year she joined the cast of, “MADtv” as a series regular, which spawned another internet sensation, “Bon Qui Qui.” This original character, a disgruntled fast food employee with no filter, has been enjoyed, viewed and replicated by over 65 million people worldwide. After recording and releasing 3 songs and 2 music videos as Bon Qui Qui, Anjelah signed a record deal with Warner Bros. Records to release a full album titled, “Gold Plated Dreams”, which She’s toured twice selling out both times. Bon Qui Qui teamed up with Benefit Cosmetics for her third music video “This Is How We Do It”. After the success of her debut album, Bon Qui Qui released a Christmas EP titled “Merry Hoodmas”. All the songs are available on iTunes and the videos are currently on YouTube.

Anjelah has appeared in multiple ads & commercials including campaigns for Sprint, Visa, Snickers, Verizon, All-State, K-Swiss, Dryers Ice Cream and was the spokesperson for a Texas based restaurant chain, Taco Cabana. Anjelah has also guest starred on shows such as The Shield, Ugly Betty, Curb Your Enthusiasm, and others all while touring with her stand up comedy.

In June 2009 Anjelah recorded her first one-hour special for Comedy Central and Warner Bros. Records titled, That’s How We Do It. Her second one-hour special, The Homecoming Show, aired on NUVOtv in July of 2013 and is currently available on Netflix. In 2014 Anjelah recorded her third hour special, Not Fancy which is a Netflix original, and is currently available for streaming. In 2017 she filmed her fourth hour special Mahalo & Goodnight in Honolulu, Hawaii. It premiered on the Epix channel and is now available for steaming on Hulu.

Johnson has starred in such films as OUR FAMILY WEDDING, ALVIN AND THE CHIPMUNKS: THE SQUEAKQUEL, ENOUGH SAID, THE RESURRECTION OF GAVIN STONE and the film MOM’S NIGHT OUT which not only features Anjelah but also her husband, musician Manwell Reyes of the musical duo Panda$.

Anjelah resides in Los Angeles with her husband and continues to act and tour the country with her sold out comedy shows. 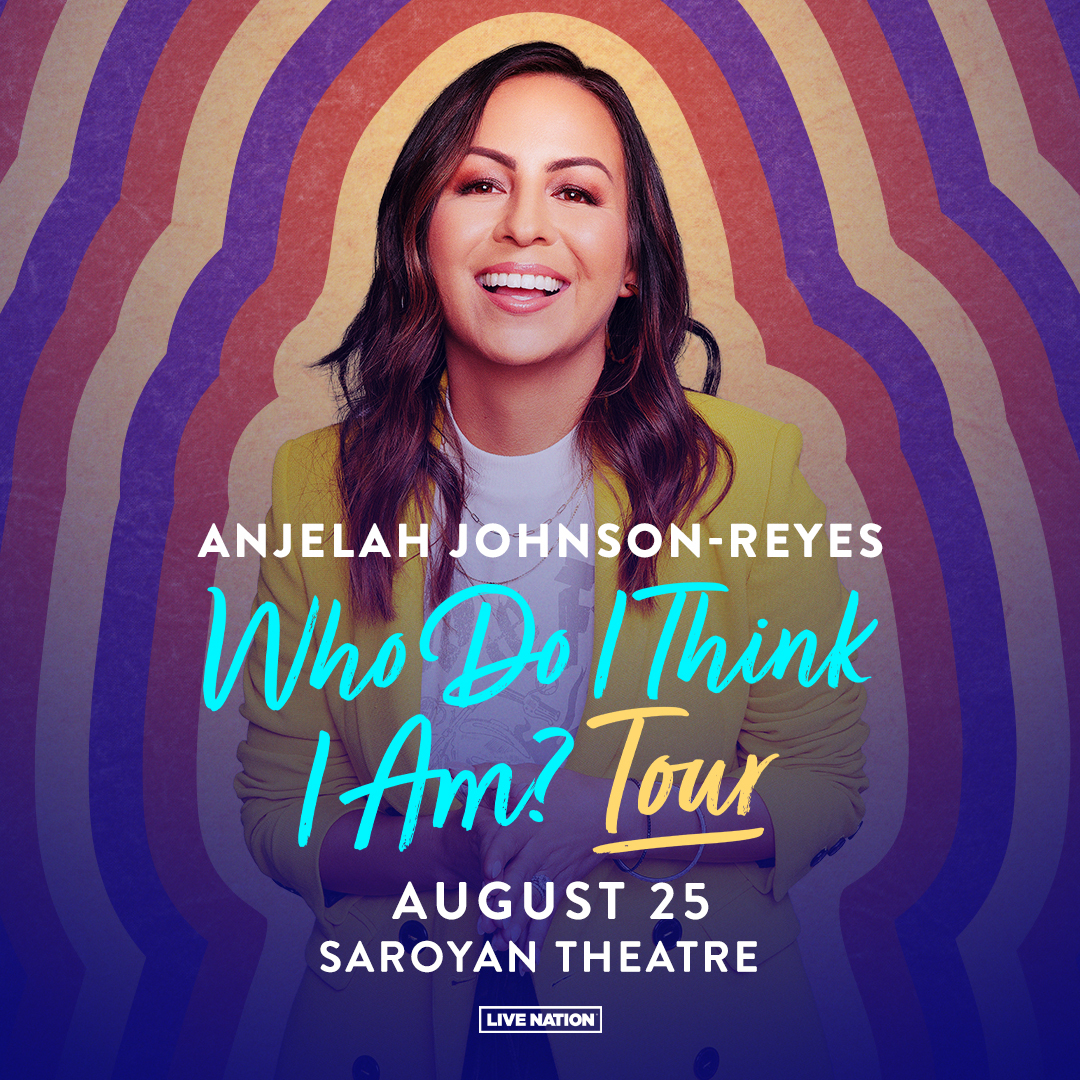