Crawford and Special K, is coming to Saroyan Theatre at 8 p.m. on Feb. 3. Showcasing a star-studded lineup of world-class comedians, Royal Comedy 2023 officially kicks off Feb. 3 in Orlando before making its way to Fresno. Tickets go on sale to the general public 10 a.m. local time on Friday, Nov. 11 at Ticketmaster.com. Ticket prices start at $59 plus additional taxes and fees.

Royal Comedy 2023 is produced by North American Entertainment Group Inc., one of the leading independent promoters of entertainment tours and live events in the United States. 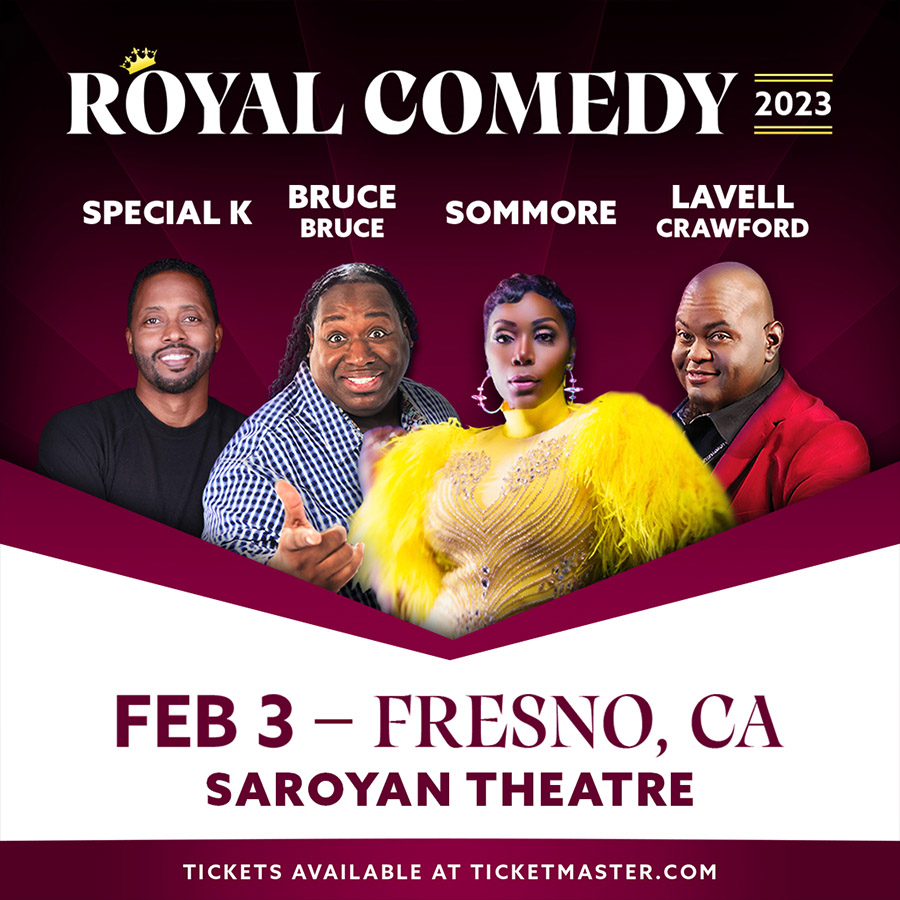